Tamagotchi clone for Arduino developed by Alojz Jakob
and released for free under the GNU General Public License.

When I was a kid and went to primary school, something happened.

Everyone had one. Some had original Bandai toys, some had cheap chinese copies (which were better!)

After some time I became interested in programming, and since then I was obsessed with building virtual pet of my own.

At faculty we had an assignment to create C application that will work in Linux terminal. This was my first attempt to create a PC clone of this popular toy.

AJgotchi - Playing around in VB6

My second attempt to create Tamagotchi clone with some GUI. Just for fun :)

Source code is freely available on GitHub. You can download zip package or clone the repository.

Many of you using OLED for the first time asked me by email about the same issue. Tamaguino works but graphics is broken!

Issue is that in Adafruit_SSD1306.h default setting is to use this library with 128x32 displays, so you need to find your library file and modify it as follows:

instead of the default one:

In this example we will use Arduino UNO.

Note: on chinese Arduino UNO SCL and SDA lines may be positioned differently, please check pinout of your board.

On the image below you can see how your components should be wired if you use active HIGH for input and resistors:

without resistors, with active LOW:

Please use appropriate sketch from sources.

Miniaturisation of your project

These are the components that you can use to replace Arduino UNO, breadboard, large piezzo speaker, and make it portable and powered with LiPo battery!

If you followed minification steps from above, your Tamaguino should fit inside this case!

Since I am really not skilled in shooting videos, Nick from educ8s.tv YouTube channel did that and made his own version of Tamaguino!

Ported and improved by Keyboard_Camper. Source code is freely available on GitHub.

Ported and improved by SandwichRising. Source code is freely available on GitHub.

Made by James Caska from http://www.virtualbreadboard.com/.

Nick is a host at educ8s.tv YouTube channel which, by keeping it simple and with nice explanations, brings exciting world of tinkering and DIY to the masses.
Anyone can become a maker today!

If you enjoyed creating this little project, you can support my work and

My name is Alojz Jakob and I love to make things.

Some of my other personal projects 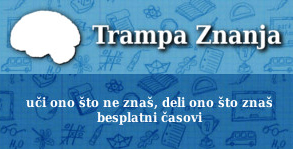